01-Photovoltaic modules are the only source of power generation

The module converts the energy radiated by sunlight into measurable DC electric energy through the Photovoltaic effect, and then has the subsequent conversion output, and finally obtains the power generation and income. Without components or insufficient module capacity, even the best inverter can do nothing, because the inverter cannot convert air into electrical energy. Therefore, choosing suitable and high-quality component products is the best gift to the power station; it is also an effective guarantee for long-term stable income.

Blue jay believes that the string design is very important. If the same number of components adopts different stringing methods, the performance of the power station will be different. The rated working voltage of a three-phase inverter is generally around 600V. If the string voltage is low, the boost circuit will operate frequently, which will have a certain impact on the efficiency. 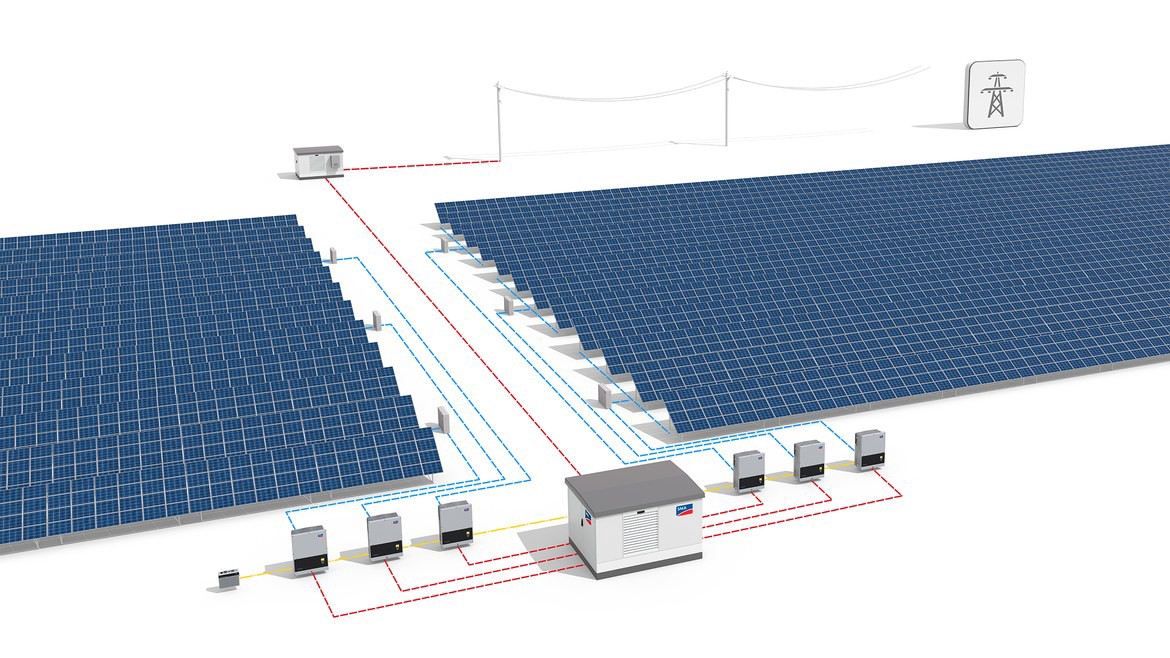 02-The laying and installation of components is crucial

Blue jay found that the same module capacity in the same installation site, the orientation, arrangement, inclination of the module installation, and whether there is obstruction, all have an important impact on the electricity. The general trend is to install facing south. In actual construction, even if the original state of the roof is not facing south, many users will adjust the bracket to make the module facing south as a whole, in order to receive more light throughout the year. radiation.

Blue jay believes that, in principle, different latitude areas require that the installation inclination angle of the modules should be close to or greater than the local latitude value, but it should also be implemented according to the actual situation and cannot be implemented mechanically. The roof load, wind resistance, wind, rain and snow in the year should be considered. Climate factors. Compared with the inclination angle, the azimuth angle has a limited impact on the output of the module. According to the actual lighting time, you can choose west or east, and install it in a better way, which can make the module receive the light for a longer time and continue to produce electricity.

In addition, various possible obstructions are always a factor that needs to be avoided when installing components. It can even be said that obstruction is the biggest killer that affects power generation. If only half of the modules in a string are blocked due to blocking, there is almost no current. Therefore, try to avoid obvious or potential blocking during the installation phase.

03-Power grid fluctuation factors must not be ignored

Originally, this concept was for electrical products, but there is more than just an inverter in the photovoltaic system. That is, the longer the time interval for a photovoltaic power station to fail, the longer the power station’s operation and operation remain stable, and it can last for a long time. Maintaining stable work will naturally bring stable power generation income.

The faults of photovoltaic power plants contain a wide range of content, not just the faults reported by the inverter (warning or failed). The grid fluctuations mentioned above are actually a kind of faults. In addition, for example, the components are covered with snow. Dust, PV reversed virtual connection, AC and DC cable aging and loosening, power company maintenance outage, AC power distribution box, virtual connection, tripping has not been restored, etc., all belong to this range.

Blue jay believes that any problem in any link will cause the power station to fail to connect to the grid or resume grid-connected power generation; the final result will still lead to low power generation.

Above, the reasons that affect the power generation of photovoltaic power plants have been explored from several aspects. At present, the development of upstream, midstream and downstream technologies in the photovoltaic industry is very mature. Using the favorable conditions of the model, choosing high-quality products, and at the same time paying attention to overcoming the impact of these issues, the work will be promoted to a higher level.