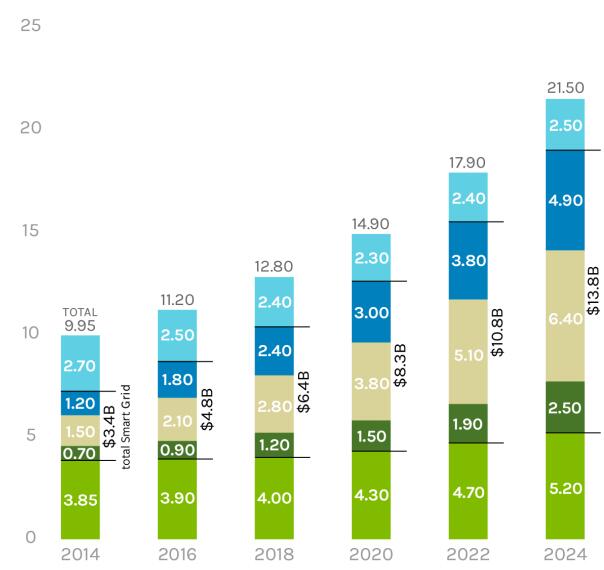 Compared with traditional grid systems, smart grid systems have been upgraded in technology. The entire smart grid system includes computers, and advanced control and automation technologies using new technologies to improve its operating efficiency. In addition, the growing demand for digitization in the energy and power sectors and the huge demand for the development of grid infrastructure may have a positive impact on this market.

From a technical point of view, the smart grid market is divided into advanced metering infrastructure, distribution automation, software and hardware, communication services, network security, and transmission infrastructure upgrades. Communications services are expected to dominate the smart grid market, as communications equipment with customer load control in smart grid infrastructure helps monitor the function and effectiveness of the grid. Through services, the market includes consulting, deployment and integration, support and maintenance. As manufacturing companies continue to increase R & D investment in smart grid pilot projects, the deployment and integration division is expected to dominate this market. 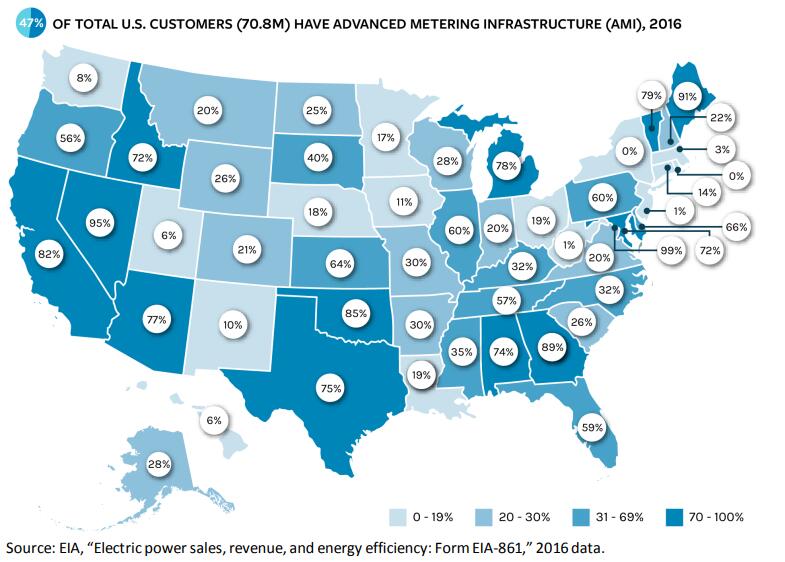 From the perspective of regional markets, North America has grown significantly in the global smart grid market and is expected to continue to maintain its dominant position during the forecast period. Increasing natural disasters, including unplanned power outages, storms, rainfall, etc., will drive the growth of the smart grid market in the region. In addition, the U.S. government’s initiatives in planning energy consumption may further drive future industry growth in the region.

With continued increase in smart home, smart building and smart infrastructure construction activities, the Asia Pacific region is expected to provide important growth opportunities for the smart grid market in the coming years. At the same time, the implementation of strict government laws and regulations to reduce carbon emissions and air pollution may promote the development of the smart grid market in the Asia-Pacific region within the forecast period.

The European smart grid market is expected to provide profitable growth opportunities over the forecast period due to significant investments in developing smart grid infrastructure and implementing favorable energy and climate policies in the region. In addition, the continuous integration of renewable energy resources in smart grid systems will further have a positive impact on the regional market.