Opportunities and risks for development of photovoltaic power plants

The development of photovoltaic technology has greatly reduced the prices of photovoltaic-related products, and the decline in construction costs and the economic benefits of clean power have stimulated the enthusiasm for investment. The annual return on investment in most regions is higher than 10%.

Distributed photovoltaic construction is relatively small in scale and has good mobility. It can make full use of idle plant, commercial buildings and other rooftop resources, and intensively use agricultural facilities and other resources to install photovoltaic power generation, which can be consumed nearby to reduce power loss caused by long-distance power transmission. There is basically no problem of abandoning light and limiting electricity.

2. Risks in the construction and operation of photovoltaic power plants

The construction site of distributed photovoltaic power station is more complicated, usually including wasteland, waste mine settlement area, building roof, water surface, etc. Risks such as the sinking of the construction site in the abandoned mining area and the load on the roof of the building need to be understood during investment and construction and effectively avoided in the early stage of the project.

Many distributed photovoltaics are constructed by means of site leasing or cooperation, etc., and the property right certificate cannot be applied for. In particular, once the homeowners and plant renters change, their roof leases and the consumption of generated electricity may change significantly. The consumption and consolidation of power stations that are self-generated or self-contained and surplus electricity are connected to the grid may occur. Internet access risks, etc.

With a large number of industrial and commercial rooftop power stations, the construction of distributed photovoltaic power generation by residential households and a large number of access to the user-side power grid will cause the user-side power grid to have high grid voltage, increased fluctuations, and photovoltaic inverters should be over-voltage tripped, resulting in abnormal power generation and Risks such as damage to the user’s electrical appliances.

Although the performance and life of the main equipment of photovoltaic power plants can meet the service life of more than 20 years, some components and inverters still have the problem of short-term damage. 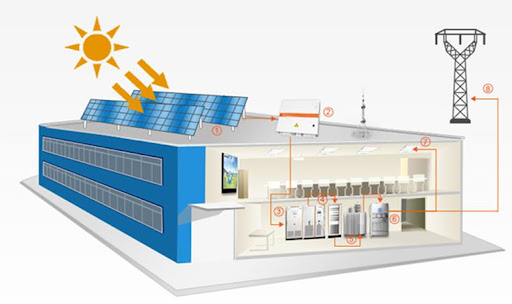